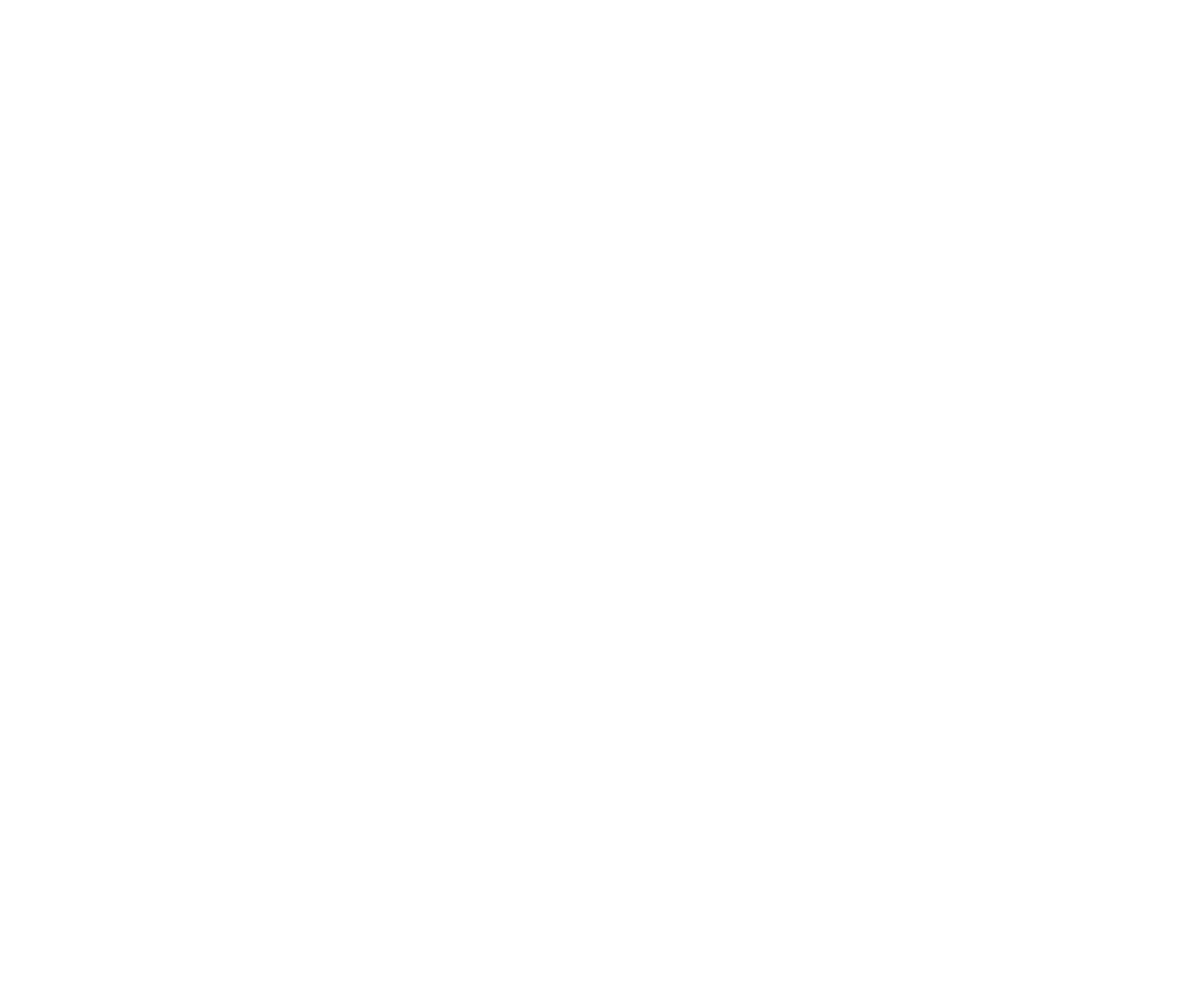 Michael came to us with an original version of his “Voice of Irish Charm” branding.

Although it served its purpose, during Michael’s website review we discussed how his logo could be improved to be a bit more simplistic yet still capture the Irishness he wanted to portray.

By refreshing his logo and using the same colours chosen when creating his new website, we had a really strong foundation to start with when designing the aesthetic of the entire website and brand.

Michael wanted a clean, easy to read logo that was just his name in a script font to portray handwriting, to give that more personal feel. It was also important to add a hint to the fact he was Irish in the logo to make his sound a major part of his marketing.

For this, it was clear that we had to use the national emblem of Ireland, a shamrock in a subtle green, that was then used as an accent colour throughout his website and social media branding. 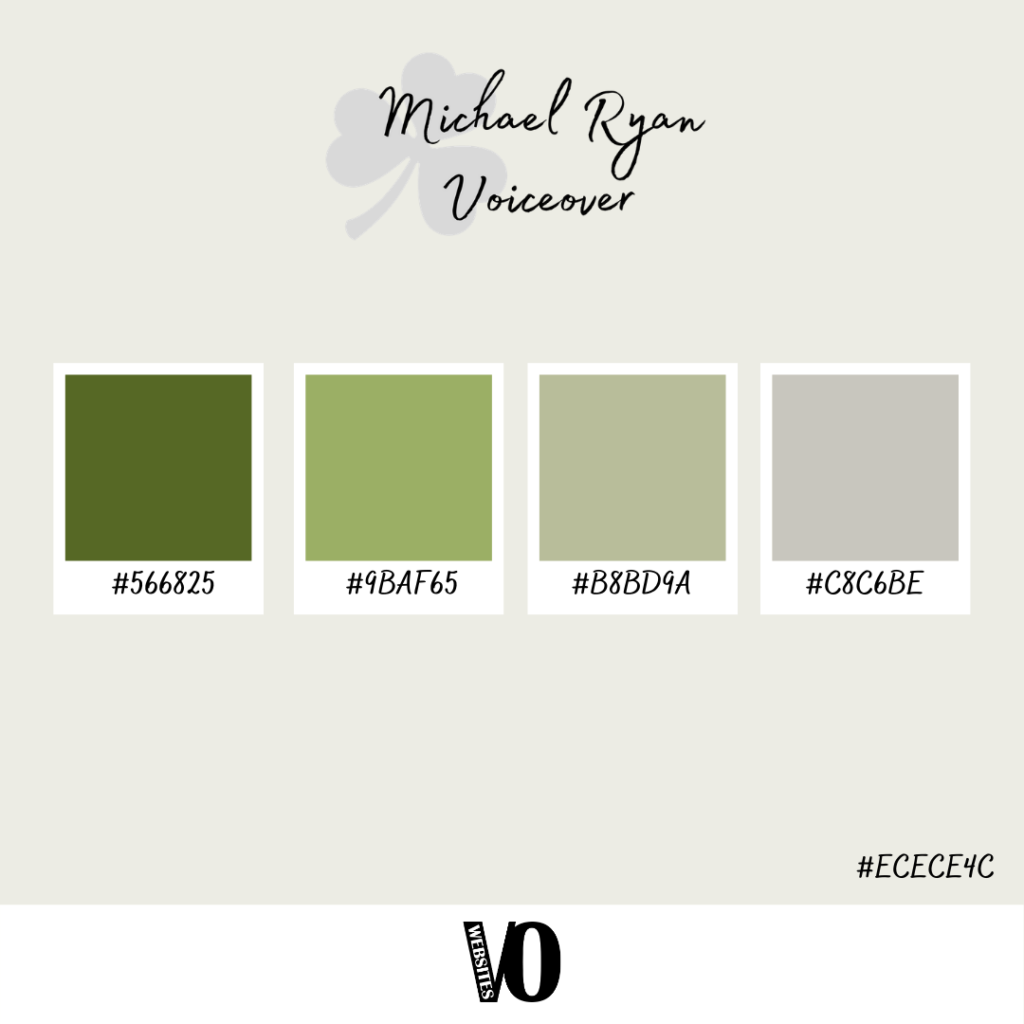 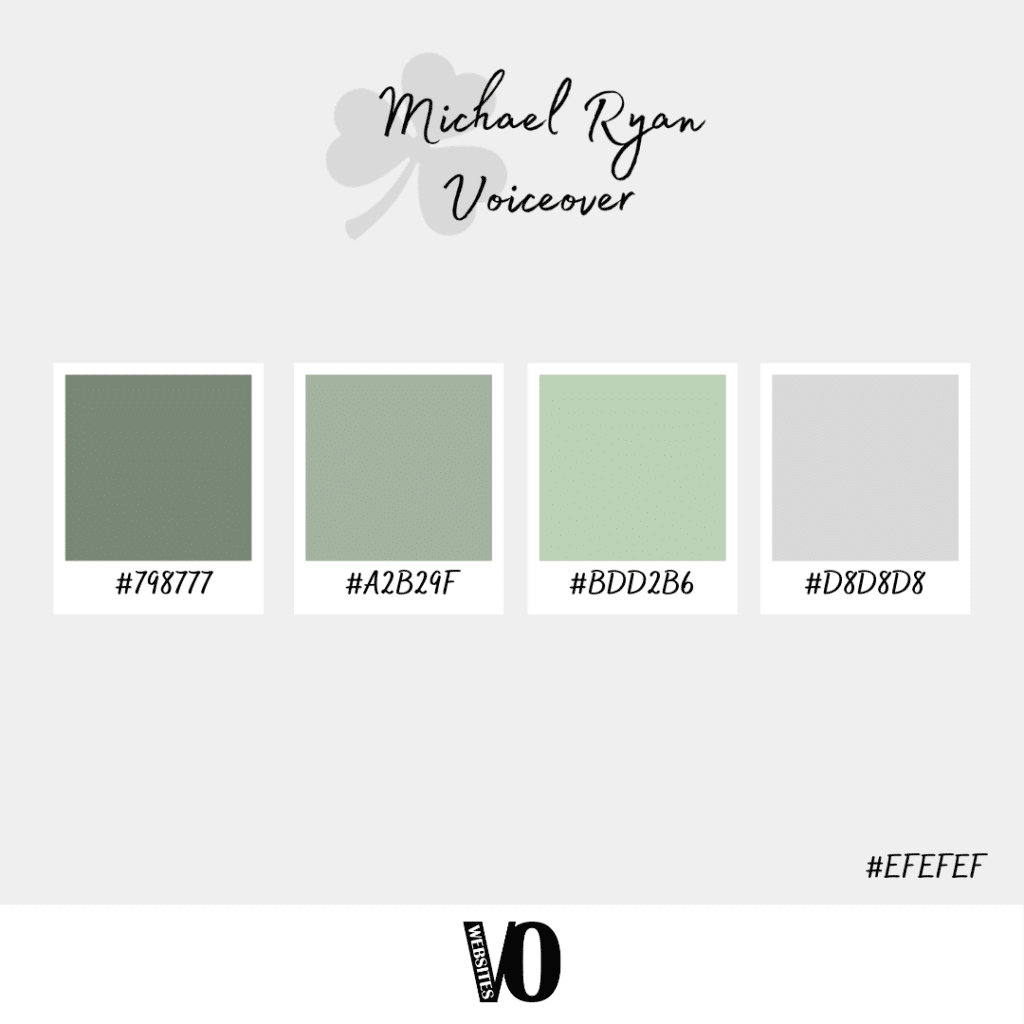 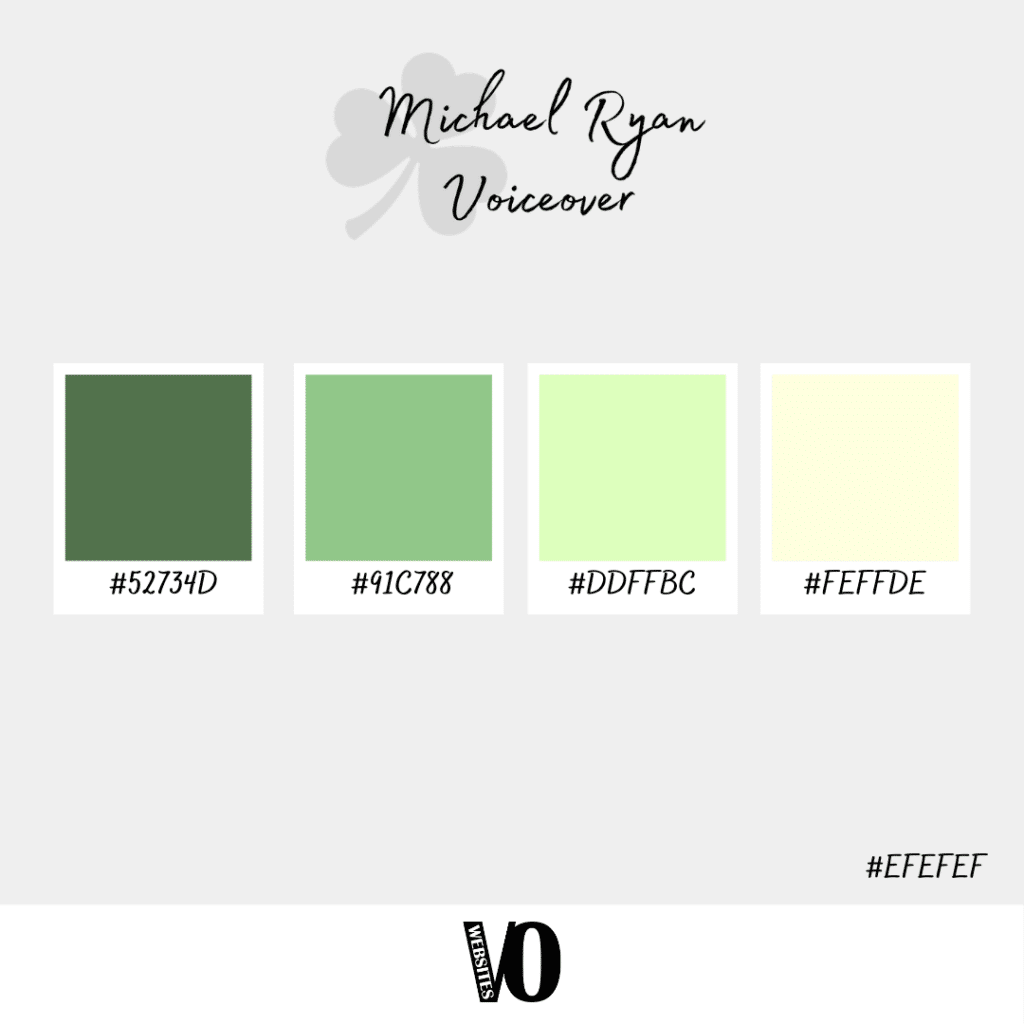 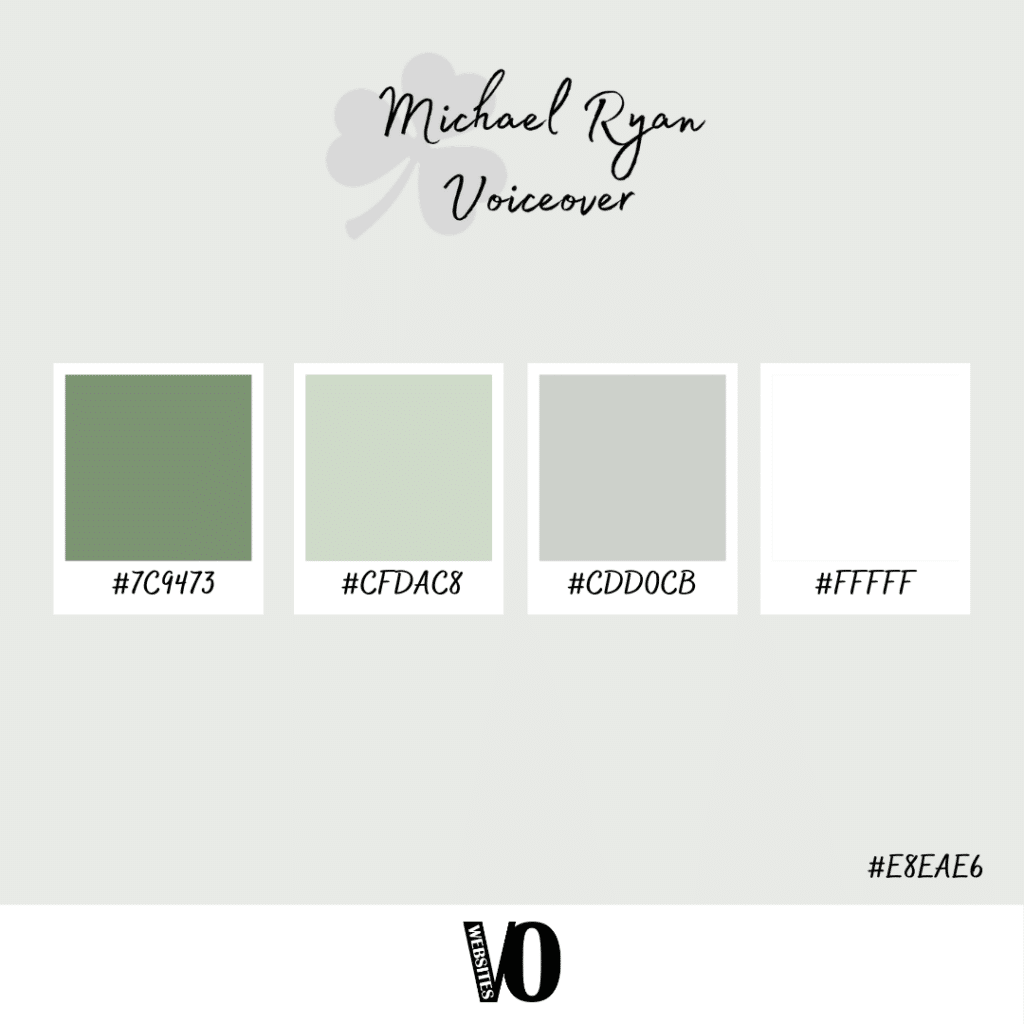 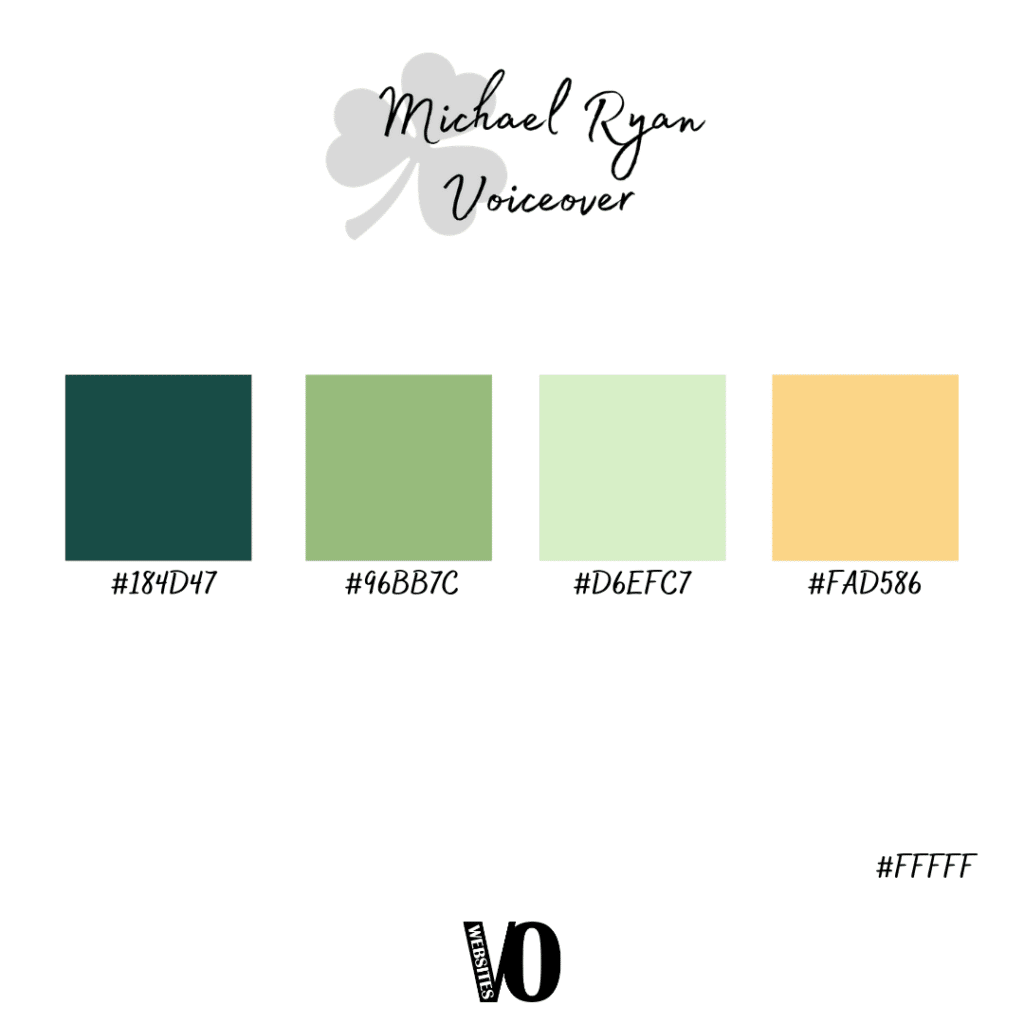 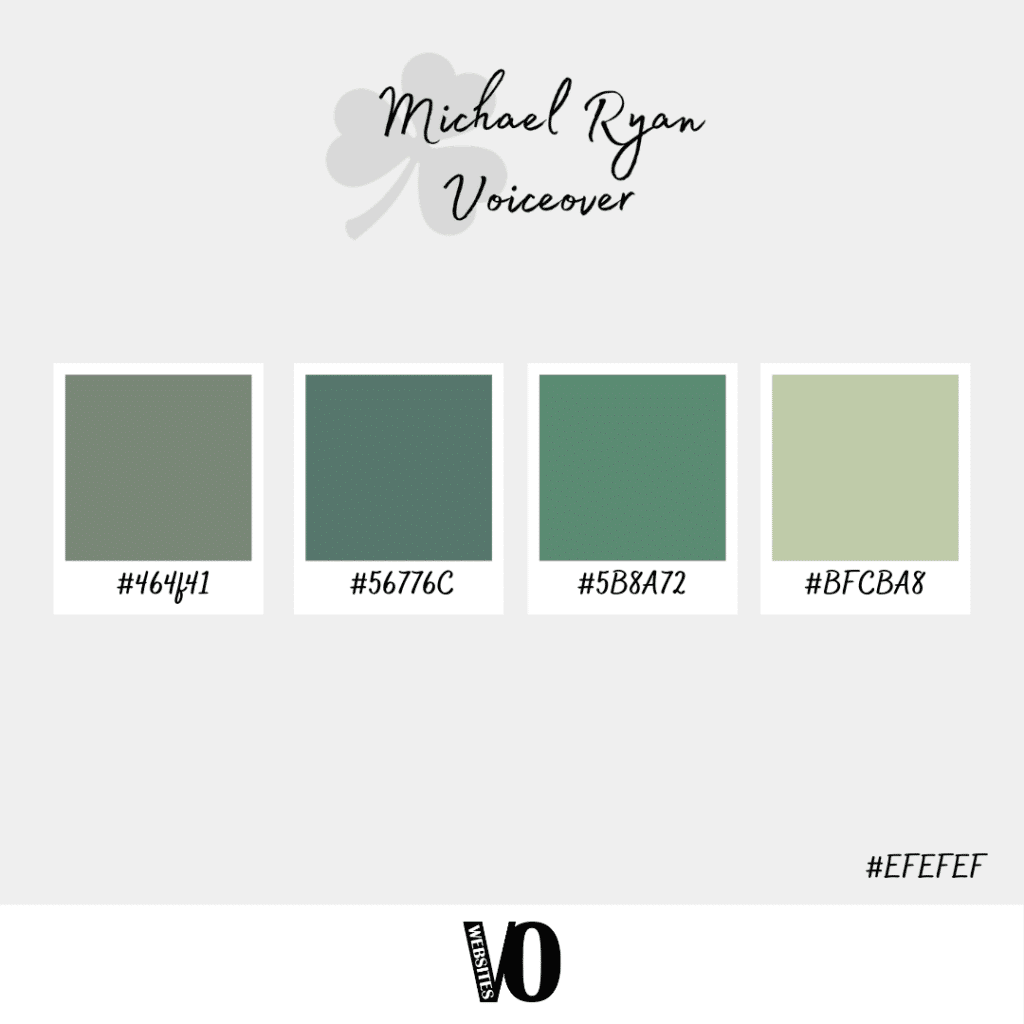 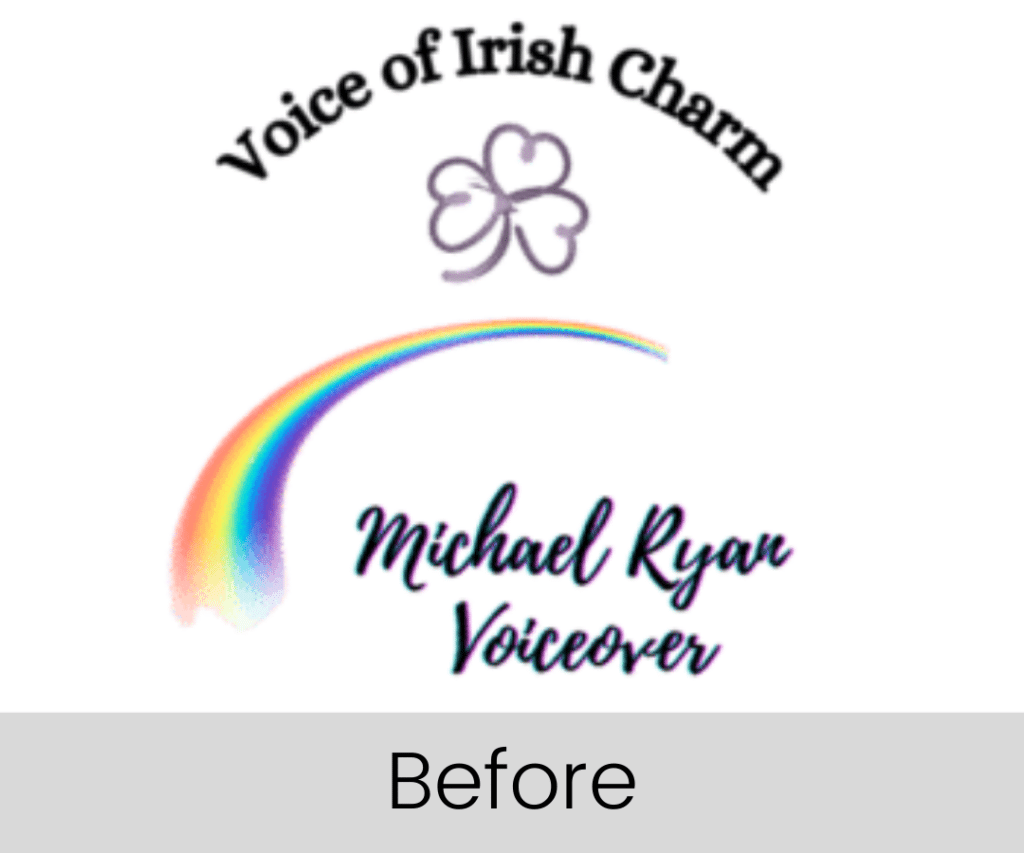 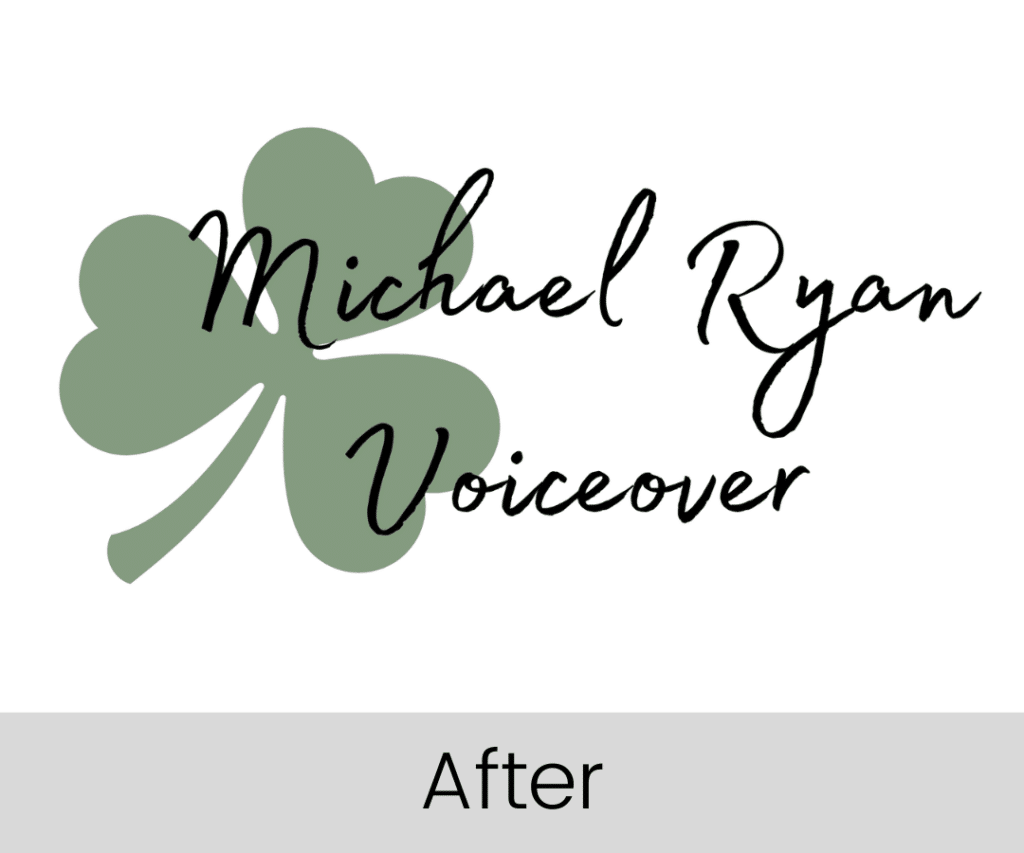 
• Create a colour palette that complements Michael's Irish background and captures his sound in a single image.


• A complete branding refresh that looks modern, professional and sells Michael's sound at a glance.

• Newly designed logo in variety of styles and colours for Michael to use across his social media and emails.

Now Michael has a brand packed with Irish charm...
I am delighted with my new website designed by VO Websites. They took care to understand my needs and delivered a highly professional, aesthetically pleasing site. They also understand the VO business and created content that will maximise SEO for me. 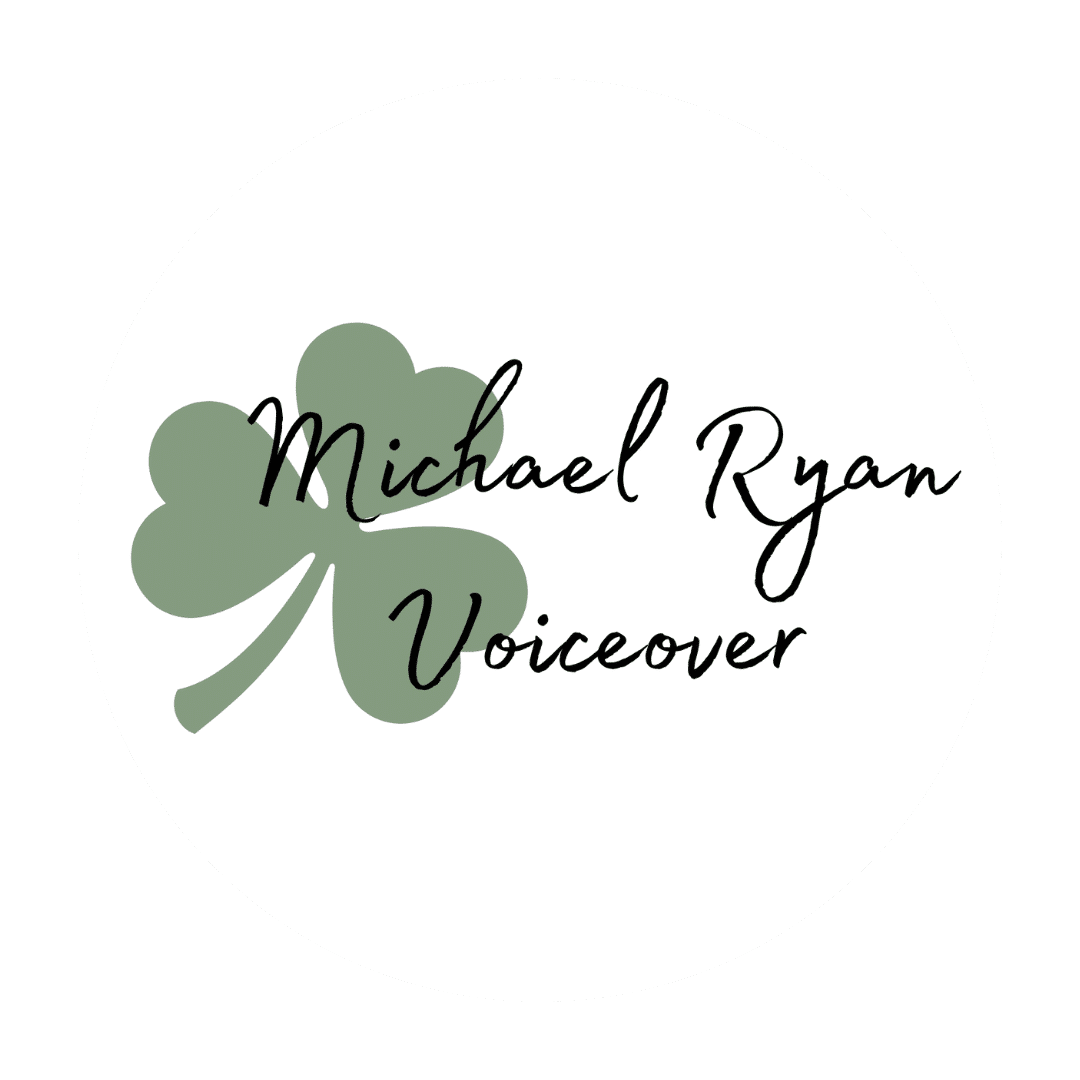 When we create your voiceover website, we create a brand for your voice, write striking copy to help you get discovered, give you the advice you need to market it and provide superfast hosting so it always performs perfectly.

Enter your email address and spin the wheel...and dream about that new VO website!

We use cookies on our website to give you the most relevant experience by remembering your preferences and repeat visits. By clicking “Accept”, you consent to the use of ALL the cookies.
Cookie settingsACCEPT
Manage consent

This website uses cookies to improve your experience while you navigate through the website. Out of these, the cookies that are categorized as necessary are stored on your browser as they are essential for the working of basic functionalities of the website. We also use third-party cookies that help us analyze and understand how you use this website. These cookies will be stored in your browser only with your consent. You also have the option to opt-out of these cookies. But opting out of some of these cookies may affect your browsing experience.
Necessary Always Enabled
Necessary cookies are absolutely essential for the website to function properly. These cookies ensure basic functionalities and security features of the website, anonymously.
Functional
Functional cookies help to perform certain functionalities like sharing the content of the website on social media platforms, collect feedbacks, and other third-party features.
Performance
Performance cookies are used to understand and analyze the key performance indexes of the website which helps in delivering a better user experience for the visitors.
Analytics
Analytical cookies are used to understand how visitors interact with the website. These cookies help provide information on metrics the number of visitors, bounce rate, traffic source, etc.
Advertisement
Advertisement cookies are used to provide visitors with relevant ads and marketing campaigns. These cookies track visitors across websites and collect information to provide customized ads.
Others
Other uncategorized cookies are those that are being analyzed and have not been classified into a category as yet.
SAVE & ACCEPT